For the past three decades, the Philadelphia Museum of Art has presented an annual Design Excellence Award and exhibition honoring some of the biggest names in the industry — MARC NEWSON, FRANK GEHRY, ZAHA HADID, MARCEL WANDERS and Bruce Mau among them. Organized by Collab, a museum membership group comprising design professionals and enthusiasts, the program celebrates those who have risen to the top.

However, studying only the giants can sometimes start to feel stale. This year Collab is hoping to shake things up by introducing a new award and exhibition that dig a little deeper into contemporary design and highlight the careers of professionals whose work is still on the upswing. The Design Excellence: New Generation award and its accompanying “DESIGN CURRENTS” show, running through March 12, are intended “to give the museum more flexibility to capture the stuff happening now with younger designers,” says Colin Fanning, a Philadelphia Museum curatorial fellow who co-curated the exhibition with architect, freelance curator and former museum staffer Kate Higgins. “We hope to connect with a new audience and show a younger spirit within the design profession.”

For the first award and exhibition, Collab selected three designers whose creations seem dramatically different but who share some working methods: Tokyo-based Oki Sato, of NENDO; London-based FAYE TOOGOOD; and Rio de Janeiro–based ZANINI DE ZANINE. “It’s surprising to find people from such diverse geographic backgrounds emerging with a very similar viewpoint on how to approach design,” says Higgins. “We were especially drawn to these three designers’ use of local histories as rich sources for their work, and the productive link between context and creativity.” 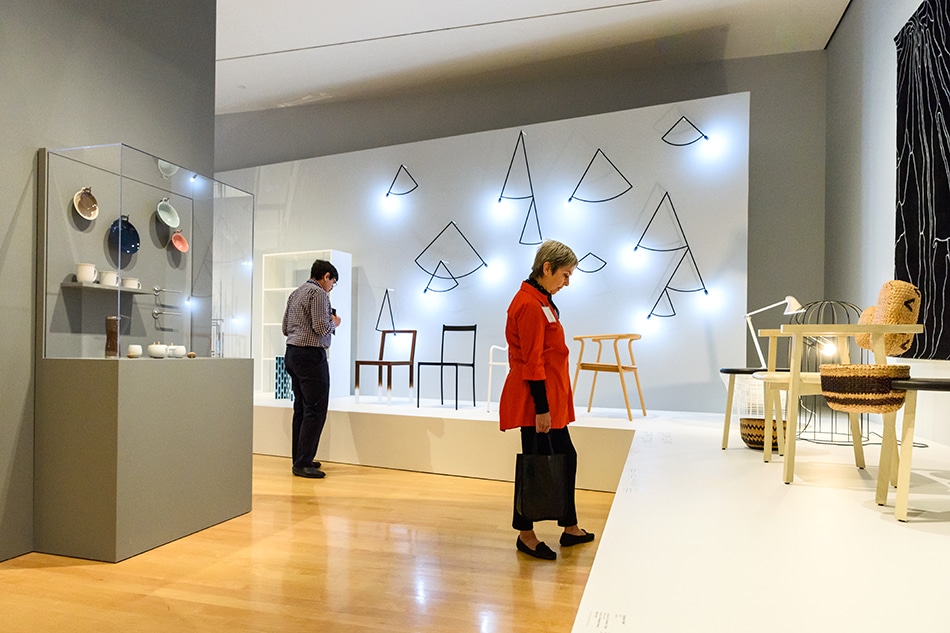 Museum goers admire an array of Sato’s designs, including pieces from his Tokyo Tribal collection, at right, while tabletop items from his POTS series are arranged in the vitrine on the left. 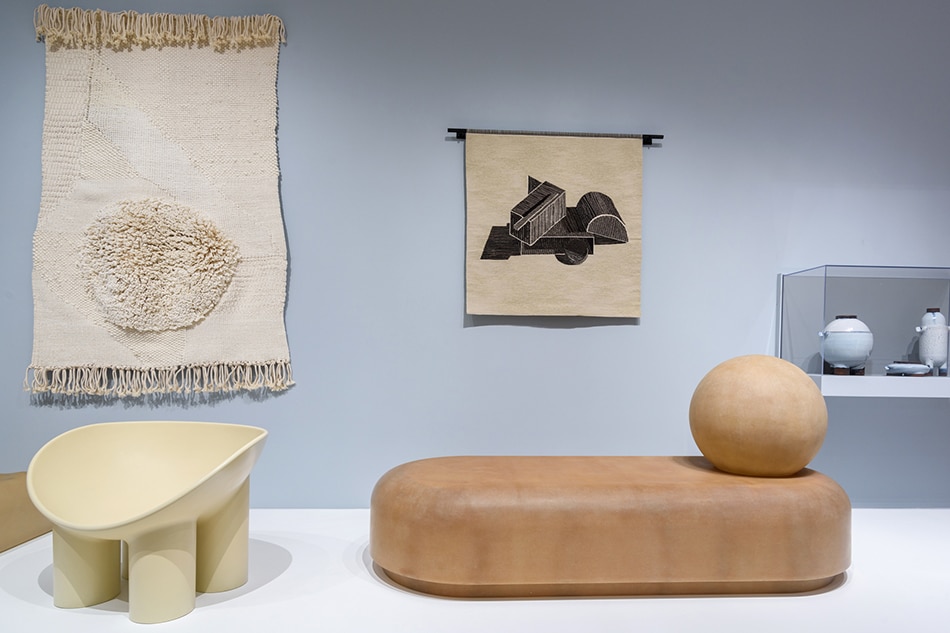 Another display features work by British designer FAYE TOOGOOD, including her Roly Poly chair and daybed and handwoven Play tapestry. 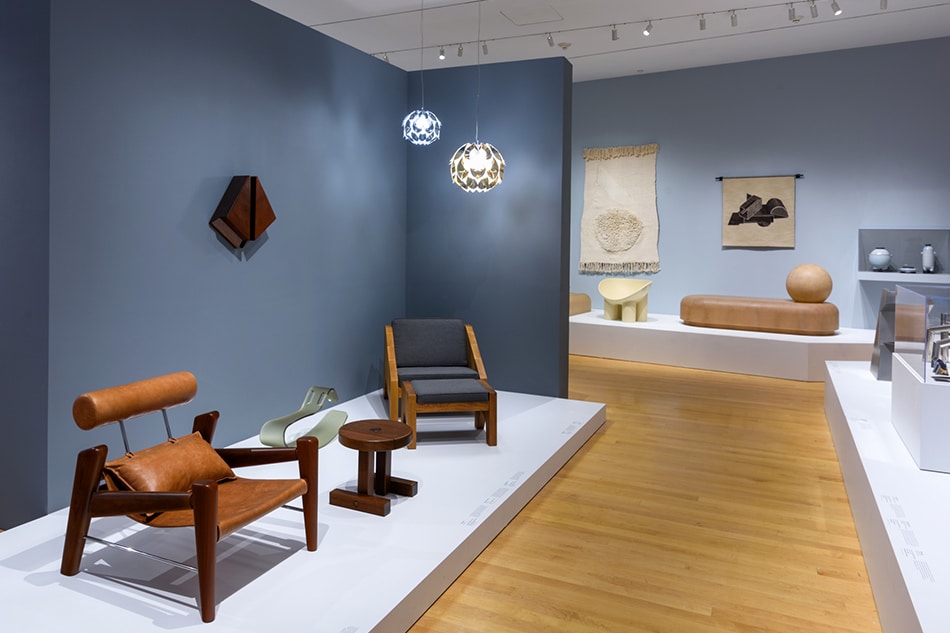 The third rising talent in the exhibit is ZANINI DE ZANINE, son of Brazilian furniture designer JOSÉ ZANINE CALDAS and protégé of his compatriot SÉRGIO RODRIGUES. On the platform at left, two of de Zanine’s Flora pendant lamps hang over his Espasso armchair and ottoman, to the left of which sit his DISCO stool, Gioco rocking horse and Serfa armchair. Behind is his Seta wall sculpture. 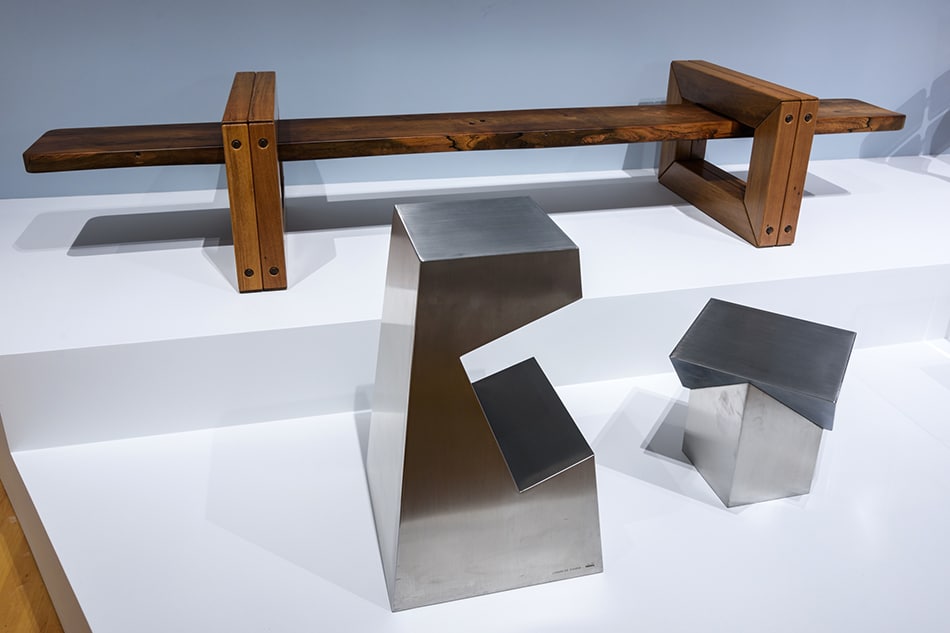 All three designers frequently explore local materials and manufacturing techniques, as well as design precedents from their regions, while simultaneously seeking out new directions. “They come from three of the traditional centers of design excellence,” says MARC BENDA, a partner at the New York gallery FRIEDMAN BENDA, which represents Sato and Toogood and is loaning the museum many of the works on view. “Each represents both a continuation and a disruption of tradition.”

Sato’s designs are “recognizably infused with a Japanese sense of aesthetics and minimalism,” says Benda. “But at the same time, his advent in Japanese design was a complete disruption from what we’ve known before, because he really moved on from the dialogue about transparency, levity and meditation.” Indeed, one of the most distinctive aspects of Sato’s work is his tightly controlled sense of playfulness and humor. His stainless-steel Manga chairs, for instance, evoke the movements of heroes from Japanese comics. His Fadeout chair looks like a simple wooden seat, but its legs fade to clear acrylic as they reach the floor, making it appear to almost hover in space.

For their part, Toogood’s designs, which frequently riff on industrial materials and processes to produce objects with simple geometries and strong sculptural appeal, are uniquely British. “She’s highly interested in the history of the trades and manufacturing in Britain and reaches out to different fabricators beyond the typical orbit of furniture designers,” says Higgins. “In doing so, she opens up opportunities for new forms and surface techniques and challenges expectations of what materials should be used in design.”

Toogood’s stripped down, unforgiving Spade chair, for instance, has a backrest resembling the wooden handle of a shovel, albeit one cast in solid aluminum or bronze. Her Element table traps a copper sphere within a construction of steel mesh more commonly used for security cages. The whole assembly has a patina that looks like it has corroded over time. 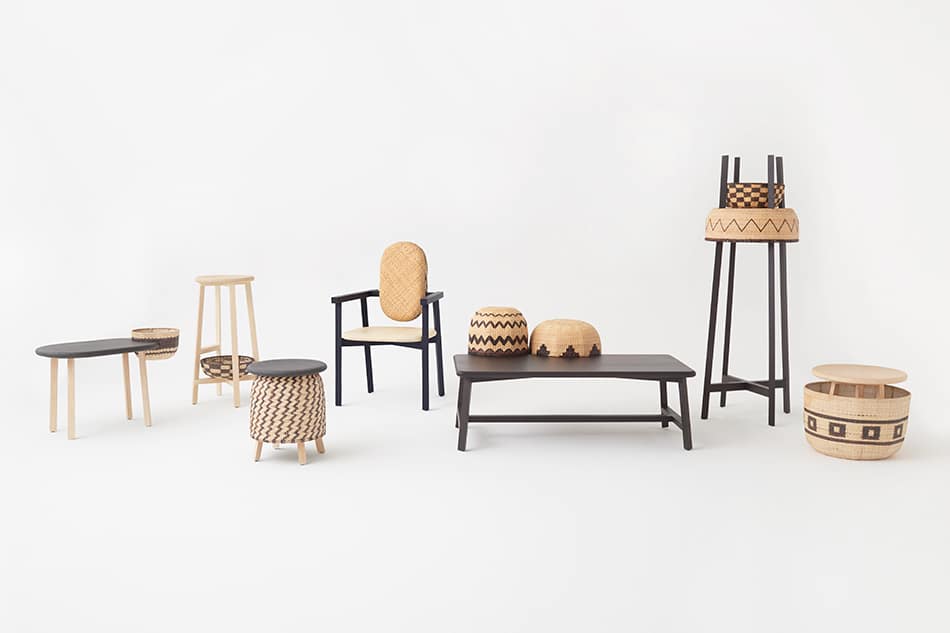 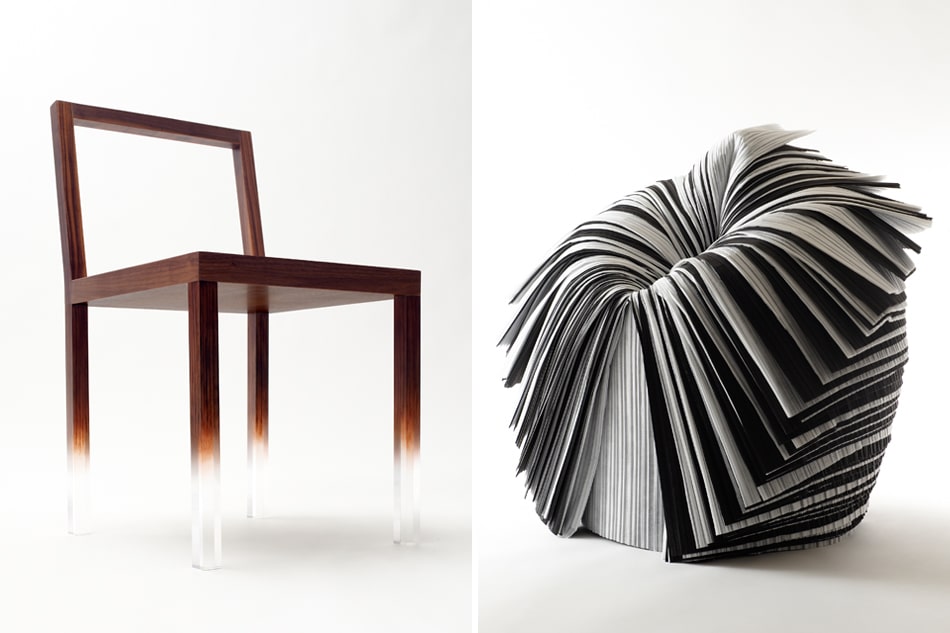 Left: The acrylic legs of Sato’s Fadeout chair have a faux wood finish that disappears near the floor, making the piece appear to float. Right: The designer’s Cabbage chair, made of resin-impregnated paper, is as whimsical as its name. 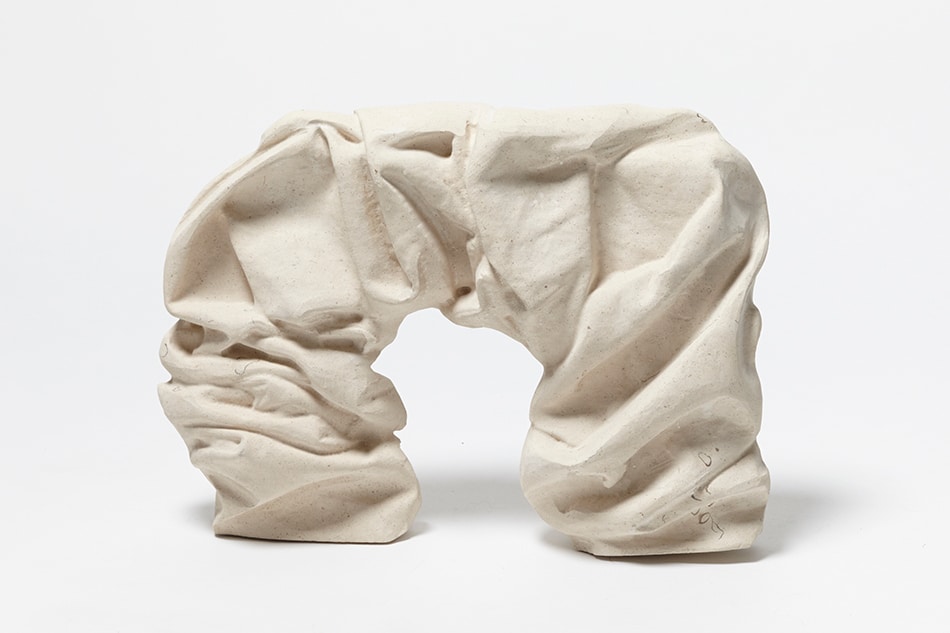 Toogood’s limestone ARCHETYPES FIREPLACE is anything but a typical take on the traditional mantlepiece. 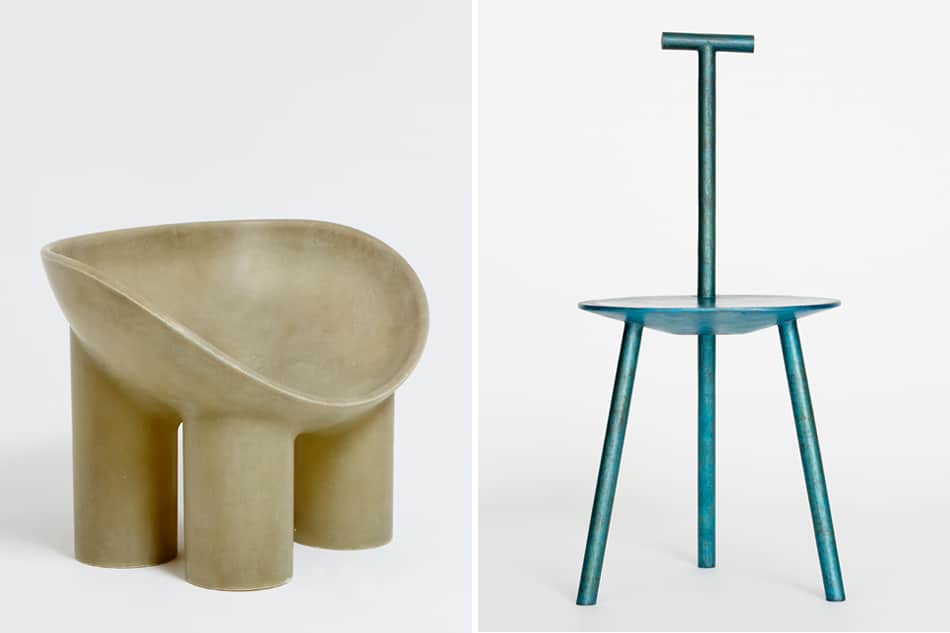 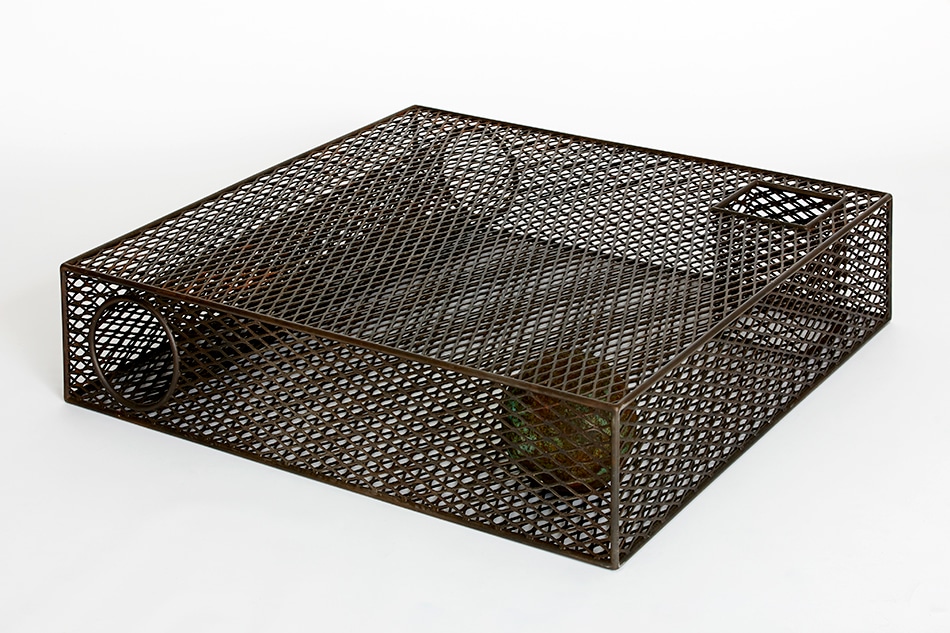 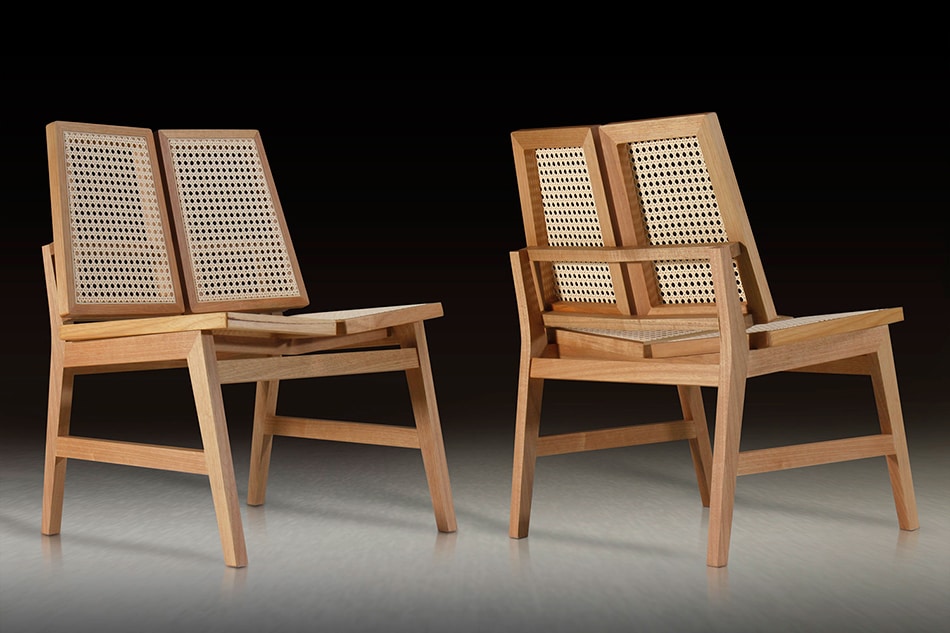 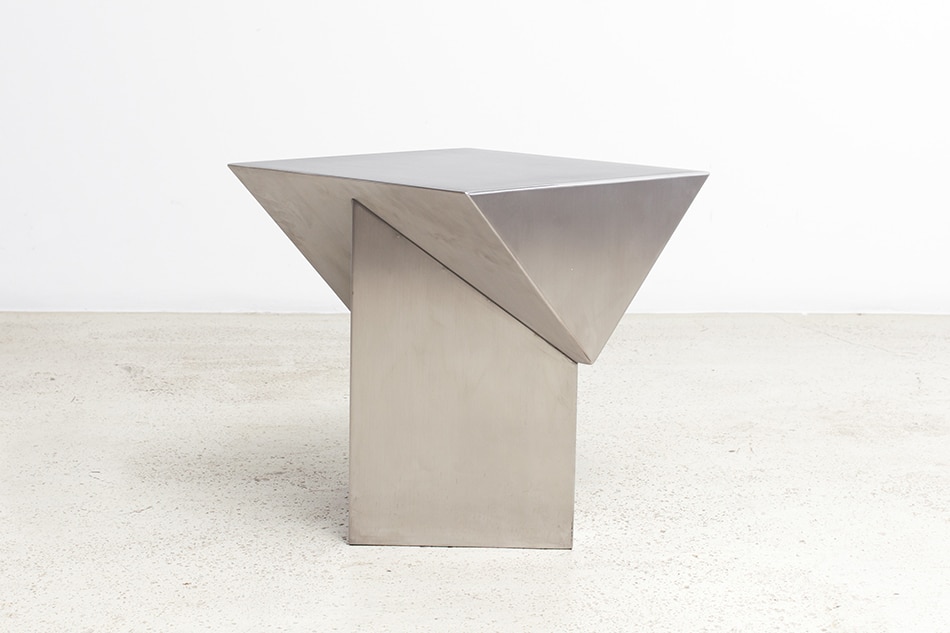 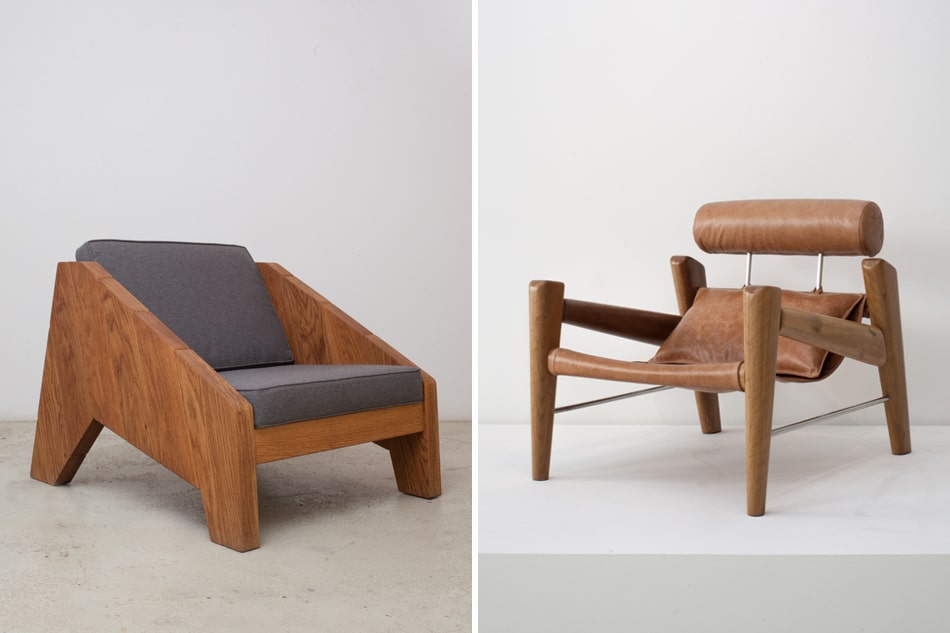 DE ZANINE isn’t merely inspired by Brazilian modern design — he grew up with it. He is the son of the revered architect and furniture designer JOSÉ ZANINE CALDAS and was mentored by SÉRGIO RODRIGUES. “His father played an important role in Brazil’s history and was very influential,” says CARLOS JUNQUEIRA, owner of the Brazilian furniture gallery ESPASSO, which has locations in New York, Los Angeles, Miami and London. “But the son has his own style, design voice and personality.”

Specifically, de Zanine is deeply interested in sustainability and pursuing a social mission. His limited editions are made with reclaimed woods, including rare tropical hardwoods that have long been associated with Brazilian furniture but are now endangered. De Zanine made his Jacaranda bench, for instance, using a slab of aged Brazilian rosewood. Other pieces, intended for mass production, are constructed of previously unloved materials, like the cinamomo wood employed in his Quadri chair for the manufacturer Móveis Schuster. “Another beautiful thing is that his atelier is in a community — we don’t say favela anymore — where he employs local people who need the work,” says Junqueira.

Of course, there is one additional aspect that all three of the featured designers share, says Benda: “Each is poised to become a leader of his or her generation.”